Adobe FrameMaker 2019 Review. Should you upgrade? 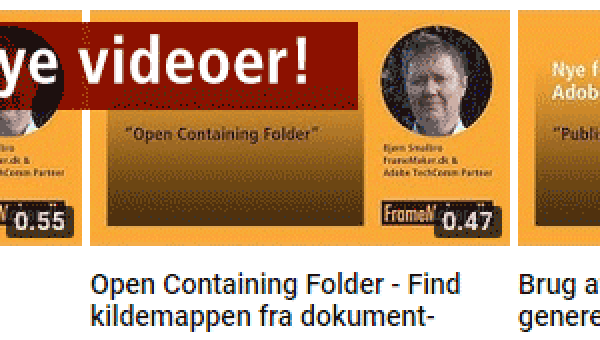 FrameMaker 2019 has been rewritten in 64 bit. The transition to 64 bit is a tremendous achievement of power! It doesn't look like anything, but FrameMaker is an old program with roots back in UNIX. The legacy of a time when Windows had not yet been invented, FrameMaker still carries with him in the form of its special UI. Choice of colors, fonts, line thicknesses, fillings etc. is not similar to anything else in Adobe’s world, nor does the Windows world as a whole. But the rewriting of the code mass to 64 bit is proof that Adobe is 100 % serious about wanting to bring FrameMaker up two pairs with the other tools on the market to. 64 bit is also what makes it possible to run multiple instances of the program and let them run several e.g. print processes simultaneously. The program has become incredibly much faster and can utilise windows memory much better.

PDF can hardly be said to be a novelty, but the way the pdf files are made on IS news and a GOOD news. FrameMaker has created pdf files by running a print process. The program has used Acrobat Distiller to generate the pdf with and it has been a slow process. For the user it has appeared unclear what the difference between “Save as PDF” and “Print to PDF” was and the process was in reality the same. When you started it, Acrobat Distiller “upped” in the background and led the generation of the pdf file.